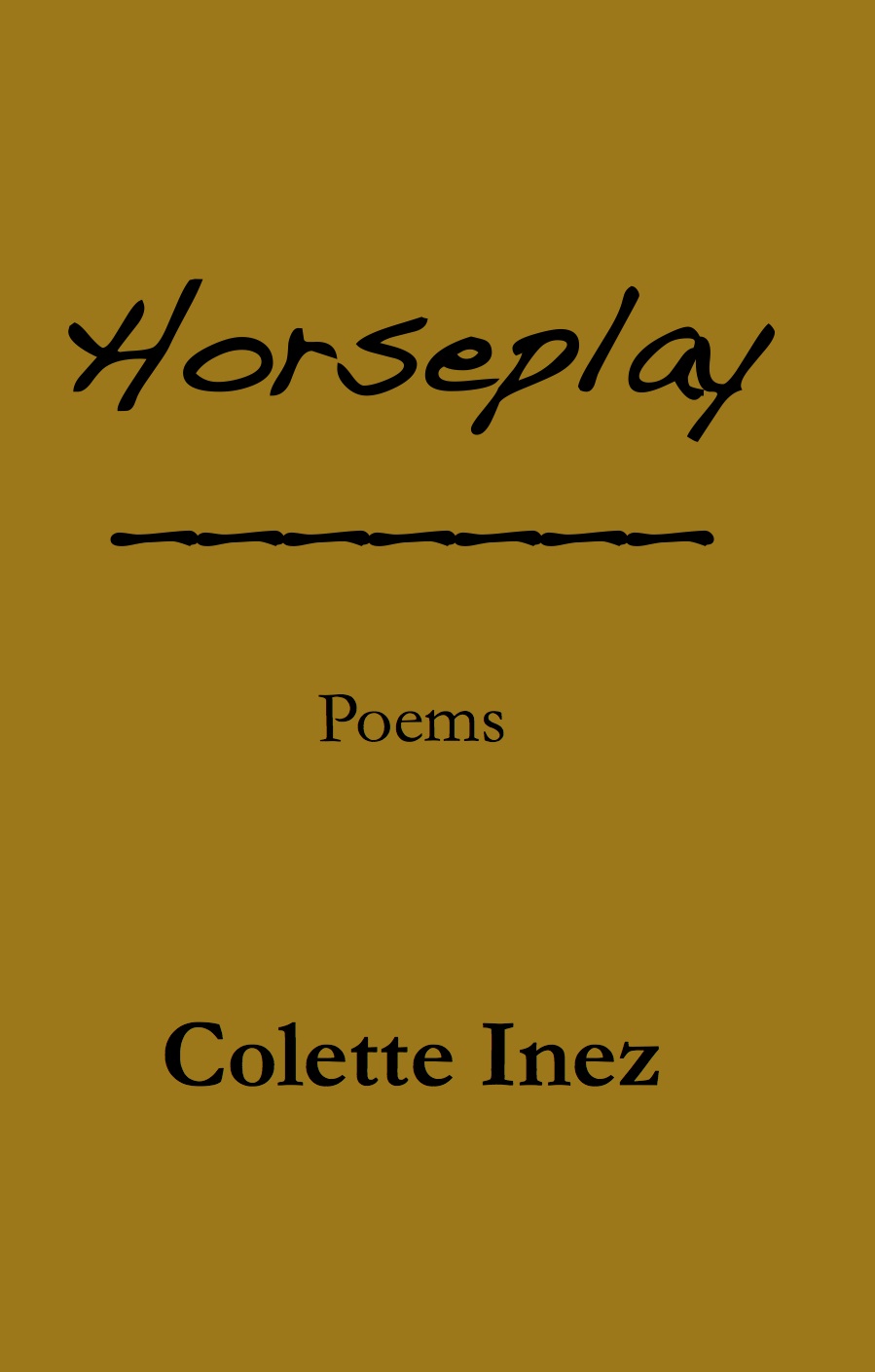 Colette Inez has always been a poet of verve and daring, and so she is in Horseplay, more than ever. Its a rich and various array, with poems of love, marriage, and curious family history; of astronomy and physics; successful experiments in form; even a couple of rib-tickling pranks. Once again, Inez proves herself one of our few finest poets. Prepare to be startled, stirred, and regaled.X.J. Kennedy

If Colette Inez were a painter, she would be one of the Fauves, with their riots of color and exuberant expressiveness. Add her daring imagination and voracious intellect and you have the recipe for a poetry cornucopian in the pleasures it offers. Inez writes with the freshness of someone discoveringor even inventinglanguage. Sumptuously and deeply appetitive, these poems embody a form of horseplay that is both sensuous and sensual but always serious, that is to say, playing for keeps. Philip Dacey

Colette Inezs latest book Horseplay brims with magnificent myth making. Inez breaks down the letters of her name for a Lewis Carroll-like villanelle and sets a pantoum three billion years into the future. With homage to Vallejo and to Sappho, crisply clear narratives about a particular and extraordinary childhood, and odes to marriage and the cosmos, Inez displays her virtueshumor that will break your heart and tenderness that will make you strong. This is the work of a brilliant poet writing at the height of her powers.Denise Duhamel

Colette Inez is the author of ten books of poetry, previously Spinoza Doesn’t Come Here Anymore (Melville House Books) and Clemency (Carnegie Mellon University Press). The University of Wisconsin Press released her memoir The Secret of M. Dulong in 2005. Among her many honors are fellowships from the Guggenheim and Rockefeller Foundations, two awards from the National Endowment for the Arts, and two Pushcart Prizes. She long served on the faculty of Columbia University’s writing program and also taught at Cornell, Bucknell and Colgate Universities.