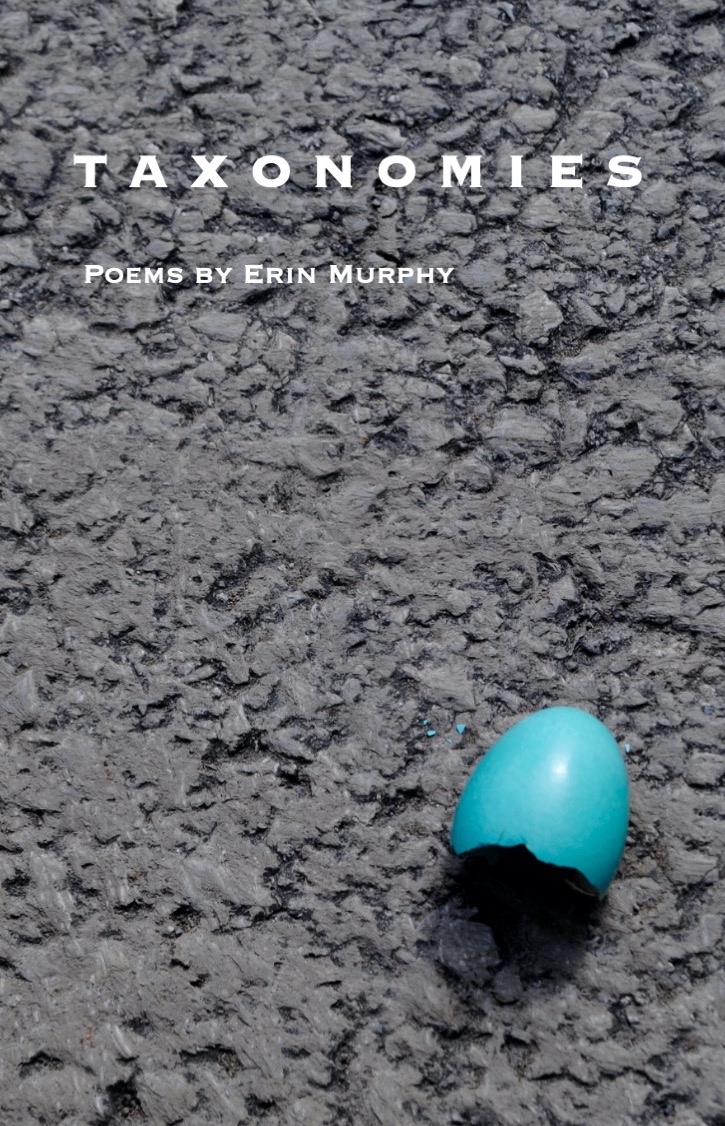 The demi-sonnets in Erin Murphy's Taxonomies categorize elements of the human experience that defy simple classification. In this form of her own invention, Murphy holds a magnifying glass to issues of gender, aging, relationships, and social justice.

"Erin Murphy's ingenious demi-sonnets-a poetic form of taxonomic urgency invented more than a decade ago by the poet-explore the classifiable and the unclassifiable, with 'rules for an unruly world.' In concentrated bursts of language that feel both spontaneous and precise, she declares what can and cannot be named, suggesting that there is more about what confounds and bewilders us than we can firmly grasp. Here are the finite struggles we make with the infinite, with the neighbor and the self, with hatred that abides and its many victims. As she poignantly reminds us, this is 'How we try to inoculate ourselves against / being shattered in a world made of glass.'" -Todd Davis

"Erin Murphy's Taxonomies crosses the boundaries of what poets can do with form, musicality, and meaning within the small space of seven lines per poem. The U.S. Mint is a place 'where sheets of currency coursed / like blood through veins,' fibroids are 'clusters of birthday / party balloons for baby who never came to be,' grief is 'always waiting to metastasize.' These are poems of the body and the mind, the soul and society. They are poems for all of us, and Murphy is a master of her art." -Shaindel Beers

"There is no side-stepping the poems in Erin Murphy's Taxonomies. They come at you fast, with the tone of riddle, and the imagistic, presentational quality of haiku. They're short. Presentational. They exist, as the title suggests, with a definitional quality, as taxonomies are concerned with classification, systematics. These schemas split off, and navigate, their stated subjects, the way Gertrude Stein, in a more interior way, was working, in Tender Buttons, or Francis Ponge, in his object poems. In Ponge's words, all objects 'yearn to express themselves, and they mutely await the coming of the word so that they may reveal the hidden depths of their being.' This is an excellent description of Murphy's project, at once both elemental and personal, where the '[a]mbiguity tugging the seams of Mona Lisa's lips' meets Murphy's '[c]lassic American smile,' aligned, and ready to bite. It's an accomplished and marvelous addition to a growing tradition." -John Gallaher