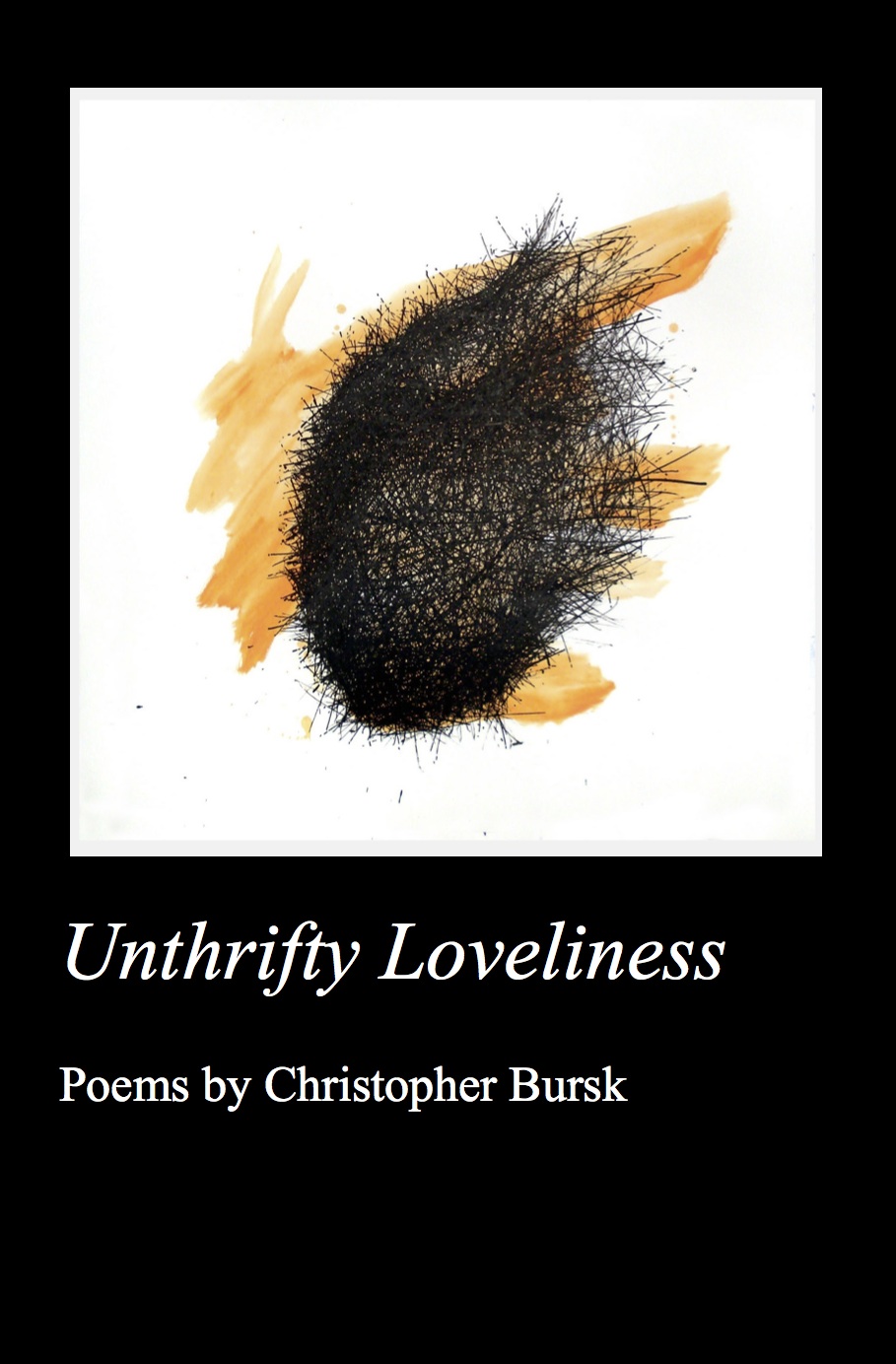 Unthrifty Loveliness by Christopher Bursk spares no resources in its tender depictions of male psyche; with wit, humor, and sharp emotional turns, these poems evoke felt experience at a deep level.

"Christopher Bursk's Unthrifty Loveliness invites us inside the mind of a boy as he gradually unveils dangerous truths, because 'sorrow's a secret / his body refuses to keep anymore.' This youth's longing fastens on another student in his high school English class, whom he addresses as a secret admirer through an unforgettable e-mail correspondence--with sonnet-of-the-day attachments! The nuanced counterpoint of Bursk's hauntingly musical, deeply informed, and often humorous response to Shakespeare's heart-songs carries us safely past 'ruin in rumination' to a denouement where healing can begin. Whether fathoming a family's tragedy, grappling with a molester's motives, or applying poetic craft like a smithy's tongs to inspect 'combustible desire,' Bursk creates verse that matters."--Steven Riel

"A series of anonymous sonnets cast as email attachments, each of which relates to one of Shakespeare's, technically Unthrifty Loveliness is brilliant. Brilliant, too, and profoundly so, is its content. In one sonnet LB, our boy sonneteer, writes, 'Say what you must and disguise what you can.' Christopher Bursk definitely says what he must, but he disguises nothing. These poems are about a boy's coming of age--sexually, yes, right up front, but more thanthat, most humanly. In one of his emails LB writes that it's'possible to be both ridiculous and divine,' and signs it 'Certainly Ridiculous, Hardly Sublime Me.' I beg to differ. The poems in this book might strike some as weighted heavily toward the profane, given their direct sexuality, but what in fact makes them sublime, besides their beauty of design, is their honesty--their refusal to cover their metaphoric eyes, their whimsical and imaginative frankness."--George Drew

Christopher Bursk, recipient of NEA, Guggenheim, and Pew Fellowships, is the author of several books, including The First Inhabitants of Arcadia from the University of Arkansas Press, 2006. In addition to having worked as a volunteer for three decades in the corrections system, with those on probation and parole, he is currently a professor of language and literature at Bucks County Community College. His work has appeared in magazines such as Paris Review, American Poetry Review, Poetry, Manhattan Review, and The Sun. His poem, "Ovid at Fifteen," won the Another Chicago Magazine Award, judged by Robert Dana. Chris has won numerous awards for his humanitarian and literary efforts including Bucks County Citizen of the Year and Poet Laureate of Bucks County.