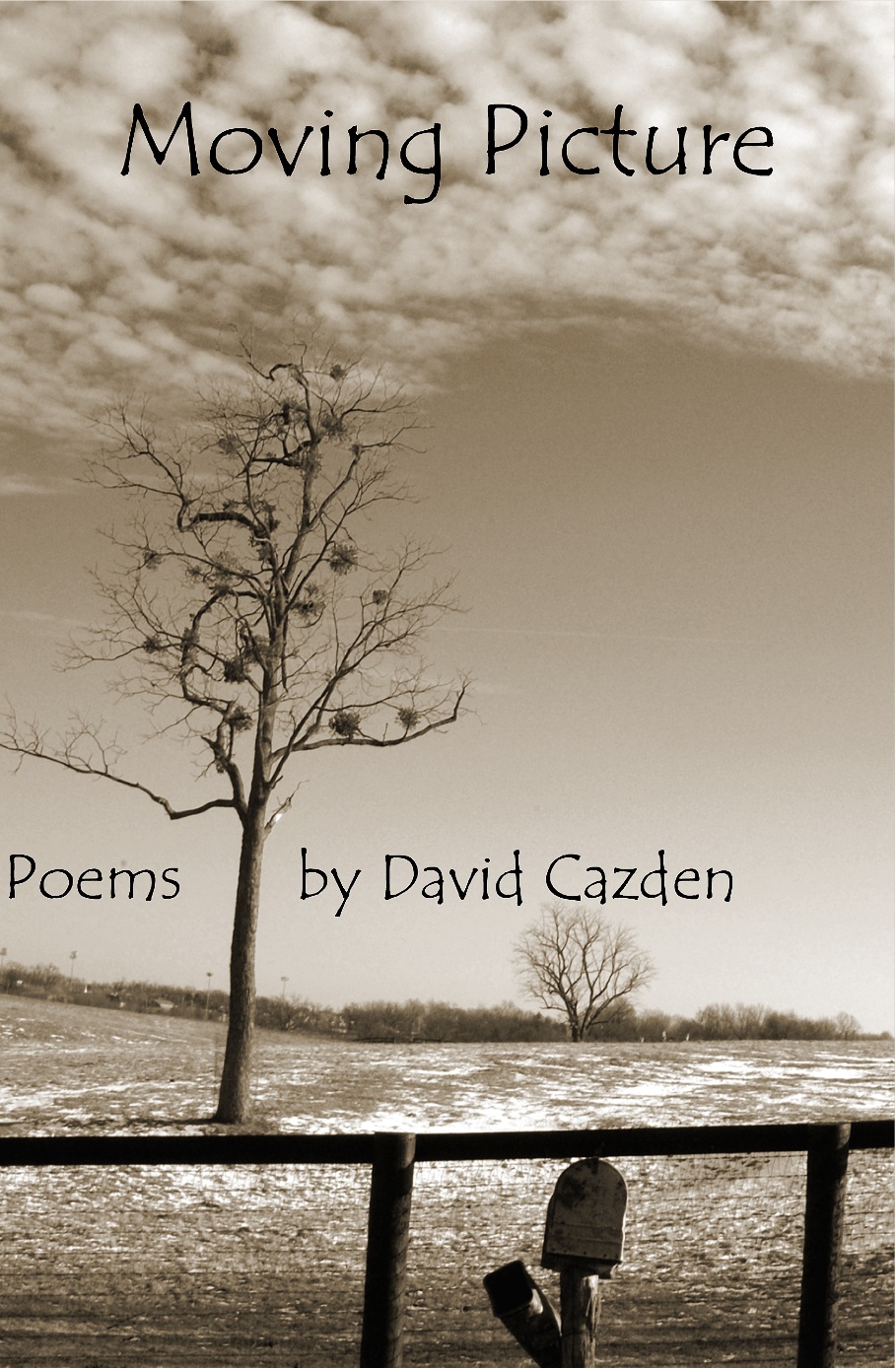 The lyrics of David Cazden’s Moving Picture, at once ruggedly and delicately written, display an intense connection with the physical world, the world of the senses and spirit. Cazden’s poems frame lovely pictures out of that world’s relentless motion.

“Moving Picture is a mature work, by a writer deserving serious attention. In the best of Cazden’s poems the picture moves steadily inward toward its heart’s center, and steadily downward toward his deep understanding. He peels his fruits with reverence and precision. One becomes fond of the tender speaker here, envious of the ‘you’ in the stories he tells.”—James Baker Hall, former Poet Laureate of Kentucky

“There is something reverent about Cazden’s poems—the way he weaves language and emotion together with skill, directness, and at times, a surprisingly delicate perception into the serious. His work appears to stem from a deceptively calm interior and is a gift to the reader.”—Stellasue Lee

David Cazden was born as a U.S. citizen in Vienna, Austria in 1958. Living in Kentucky most of his life, he began writing poetry in high school. By college he had won the Danzler award for creative writing from the University of Kentucky English Department. Soon after obtaining his engineering degree, he stopped writing poetry for over two decades. He is currently the author of one chapbook, The Joy of Cooking School, and is the Poetry Editor for Miller’s Pond Magazine.