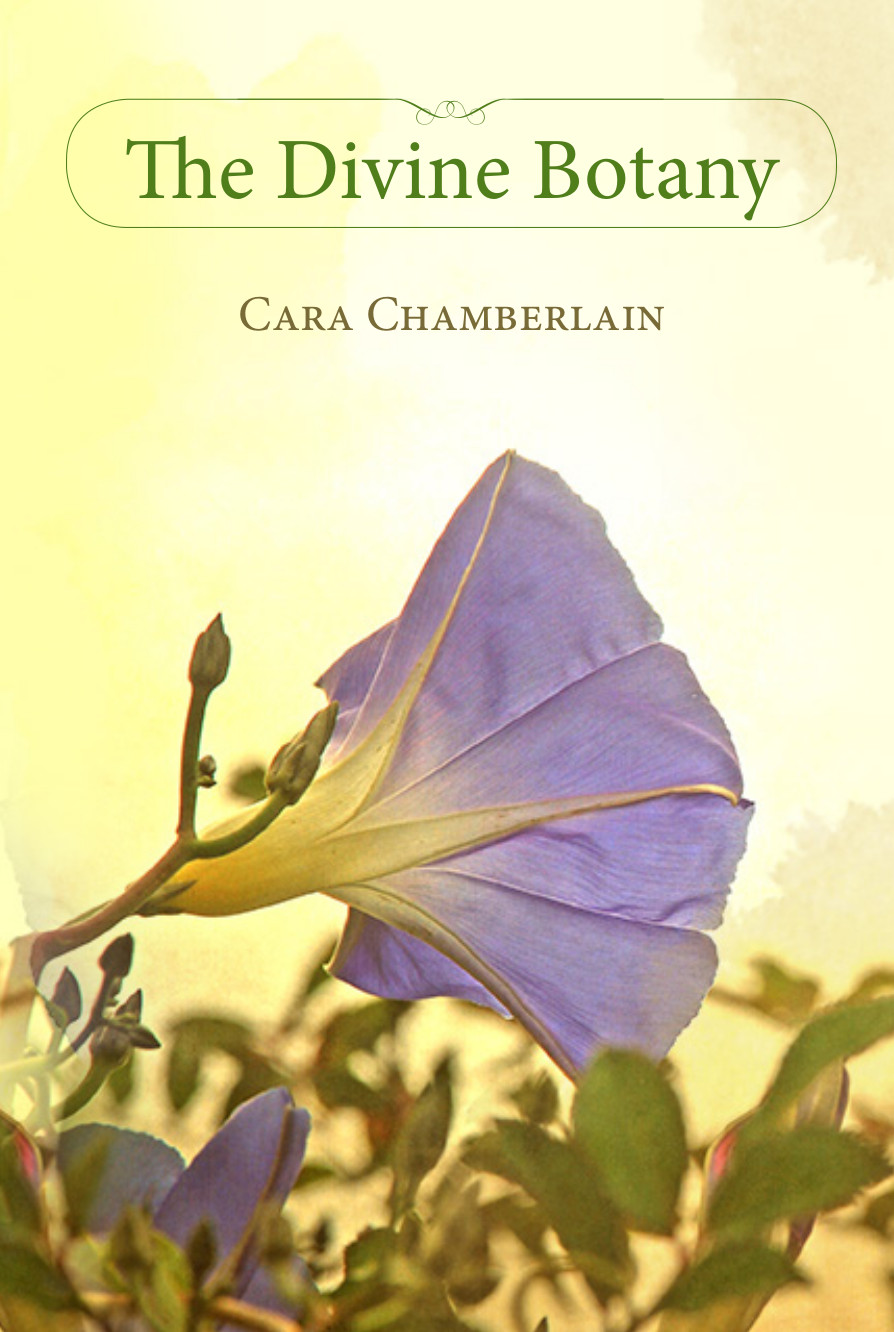 The rich poems of The Divine Botany engage life in all its dimensions--biological, spiritual, historical--into a flowering narrative that takes us into the depths of wisdom.

"'It tears/ It burns/ It flakes/It groans / It ages….' So sings the first poem of this strange, semi-epic collection, this multi-voiced, ancient unto post-modern chorus of grief and dis­covery. Or perhaps it's a dream underpinning some terrible opera to come, having hap­pened long ago. The mix? '…a winged blight over the big box store.' In fact, Cara Cham­berlain has re-invented the wheel, or at least Charon, the ageless boatman who will ferry us across a burning river to the next life. And in this one? There's serious, certain ambition here, a deep intelligence you can trust, absolutely accurate about the deadly wonders of the natural world. Did you think flowers were merely pretty? Think again. Worlds-human and non-human-collide in these poems, and transfix."-Marianne Boruch

"Cara Chamberlain's The Divine Botany, loosely based on the arc of Dante Alighieri's Para­diso, Purgatorio, and Inferno, is a remarkable journey of the soul. In this case, the soul is a single cell's chloroplast as it traverses the botanical kingdom from the dark wood of subsoil through to the blessedness of flowering. The book is an excursion into wonder, in poems that dazzle and delight in allegory and song, in language articulate and precise as the multi-formed tendril of a leaf, and whose guide is the chant and spell of love for all things green and wild, troubled and imperfect, that at last find their way to light." -Dave Caserio

"If I say that when I read Cara Chamberlain's poems I hear echoes of Emily Dickinson, W.H. Auden, Jane Hirshfield, Pattiann Rogers-even, perhaps, Allen Ginsberg-I do not mean to detract from the originality of the voice, the imagery, the poetry itself. It is simply that the poems, taken individually and as a whole (which is, I believe, how they are meant to be taken), are so rich, as luxuriant as wetlands in Spring. I took the introduction as an invitation to leave the animal and take the vegetative self as reader-encouraged by poems like 'Wood of the Suicides.' The controlling metaphor of The Divine Comedy draws me back into every poem to see its place in the shape of that forebear: 'Limbo,' 'Eighth Circle: Fortune Tellers,' 'The Unshriven: Mangroves,' and 'A Garland of Herbs I.' As is the case with many collections, there is unevenness. Yet there is so much music, so much sensuous­ness (and sensuality), so much energy. Who would not return to 'The Fifth Blessed: Just Rulers-Citrus'? The Spanish sky cloudless, the heretics /On fire like the yellow pulp /Of lemons. Or the groves neatly tended/Reaching from the sandy soil . . ."- Sydney Plum

Cara Chamberlain's poems have been pub­lished in such journals as Boston Review, Tar River Po­etry, Virginia Quarterly Review, Passages North, and The Southern Review, and in Hidden Things, a collection of poetry. She lives in Billings, Montana.