She Is A Pupa, Soft and White, Poems by Elinor Cramer 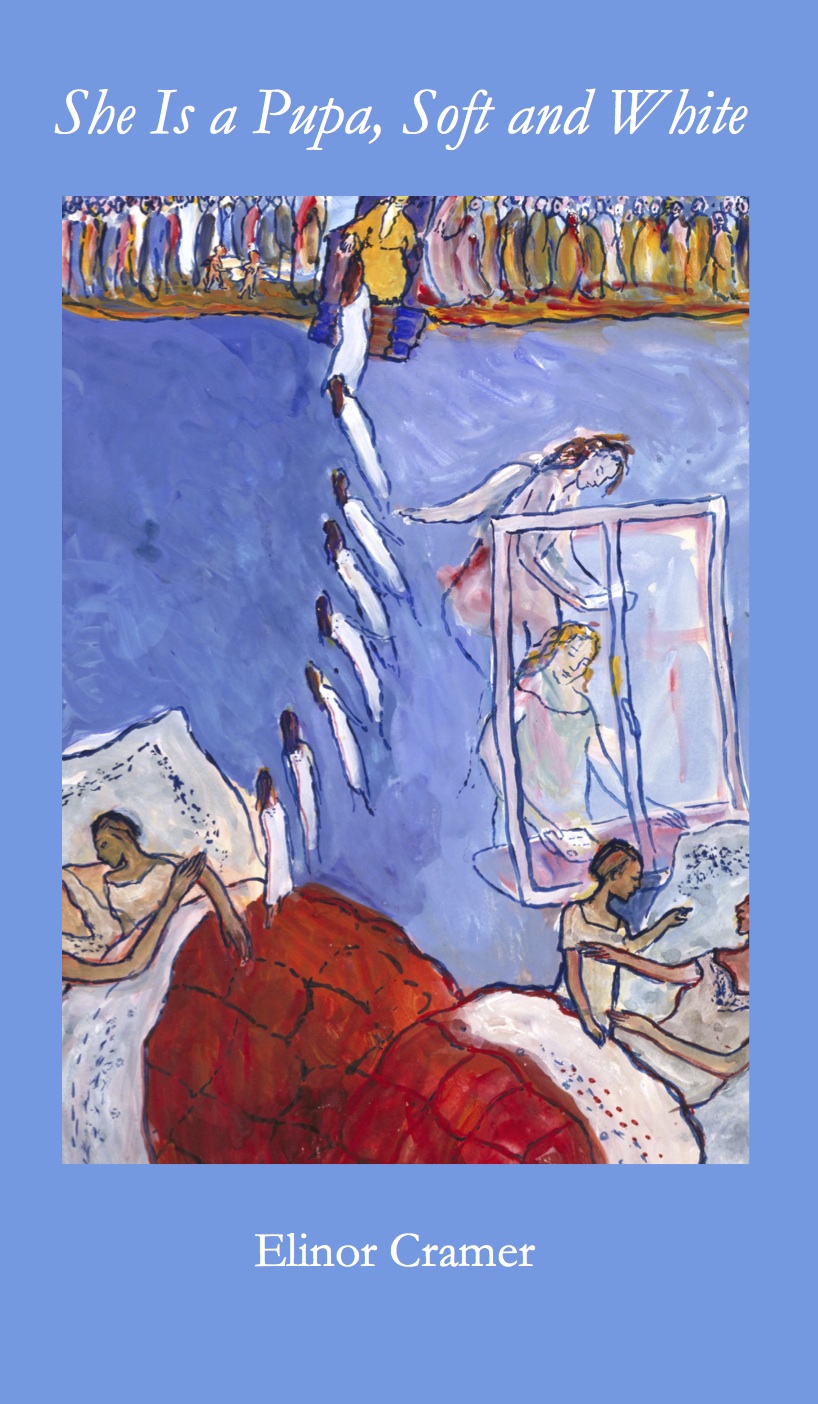 Carefully narrating scenes with lyric touches, the poems of Elinor Cramers She Is A Pupa, Soft and White render great depth beneath their painterly surfaces.

Elinor Cramers poems permeate the delicate membrane between worlds as she performs a shamanic dance at the threshold between life and death, and at the gate between the animal and the human. In the title poem and poems populated with chickens, ducks, wasps, turtles, and other species, she tells her story from inside the pupa, inside the egg. Amidst this menagerie you find skateboarders and parachutists, and the poets Dickinson and Sandburg visit, as well. Ultimately this is a poetry of transformation. When we read her poems, we are, like the orioles, blossom eaters. In the midst of death, everything is about to be born. A butterfly emerges from a hospital gown. A rescue truck is backed into the curb, its doors flung open,/its empty red heart waiting.Patrick Lawler

“Elinor Cramer’s new book She Is a Pupa, Soft and White is a book of quiet wonder that fits clearly into the outline of a story but with such preternatural precision and clarity that it not only transforms the reader’s emotions but also entices difficult knowledge about life, readdressing the ancient themes of love and death in a new vernacular.  Throughout her formal and informal poems, the speaker evokes in us an appreciation for the natural world, not merely as description, or figuration, but as human analogue. From Cramer, we can learn something deft, and moving, and true. Hers is a poetry that one is tempted to quote and remember and keep—allowing it to resonate within the whole of one’s being, a quality that is now as rare as it is treasured in contemporary poetry.”—Judith Harris

Elinor Cramer is the author of a chapbook, Canal Walls Engineered So Carefully They Still Hold Water (Valley Press, 2010). Her poems have appeared in Stone Canoe, The Comstock Review, English Journal and elsewhere. She holds a Master of Arts degree in psychology from Roosevelt University in Chicago, and an M.F.A. in creative writing from Warren Wilson College. She lives and practices psychotherapy in Syracuse, New York.