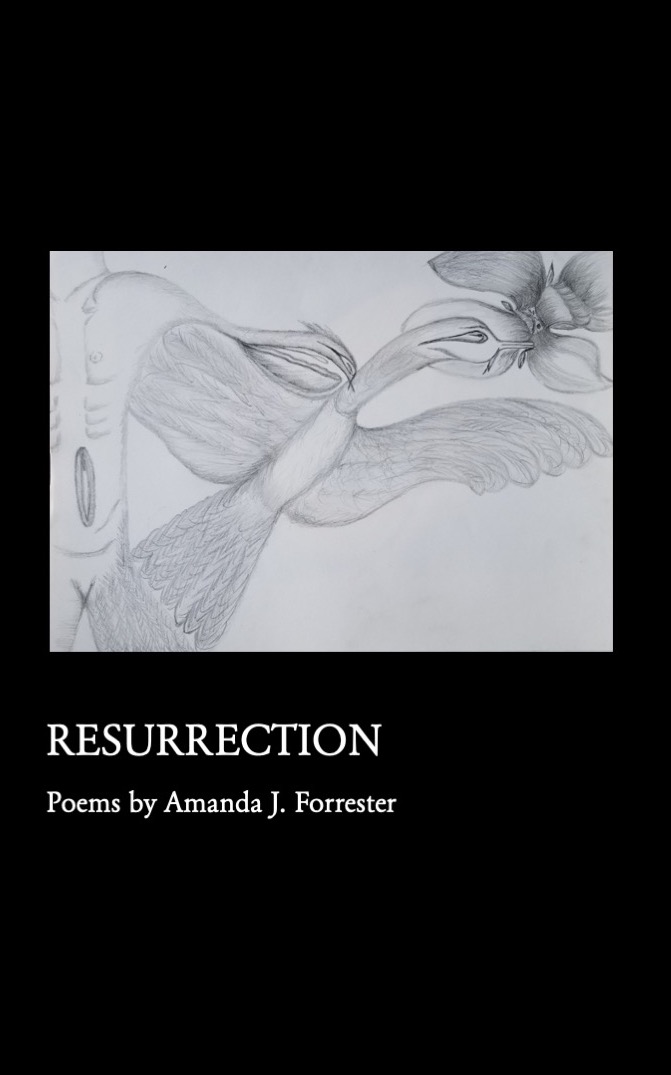 Resurrection by Amanda J. Forrester is a hard-hitting collection of poems focused on trauma that girls and women can experience and what happens after. The search for recovery through the process of life and its successes and failures brings to the surface what some wish to keep a shamed secret.

"With blunt-force courage and unexpected humor, the persona of Forrester's signature anti-poetry explores the darker sacrifices and their aftermaths. The resulting resurrections, however measured, seem themselves an inexplicable trespass, a remarkable hope."-Donald Morrill

"Amanda Forrester's debut collection rings with the grittiness of life-secrets hewn from hardship, fear, poverty, self-hatred and abuse. Crafted with the formidable voice of a survivor and activated by imagery reminiscent of Dorothea Lange photographs, Forrester's uncompromising poems give voice to what hurts, 'but not as much/as what it is I can't say/burns.'" -Gianna Russo

"The vital poems in Resurrection wield their songs like swords: anthems and confessions and elegies and testimonials, everything made sharp and shiny. Whether we're being shown the failure of the father, the ding-dong ex-, sexual violence, or rampant misogyny, Amanda Forrester knows well that seeing includes uncovering, and crimes in the light are crimes available to be righted. But joys abound here, too, as these ferocious poems make known their pleasures-including, and maybe especially, the truth."-Alan Michael Parker