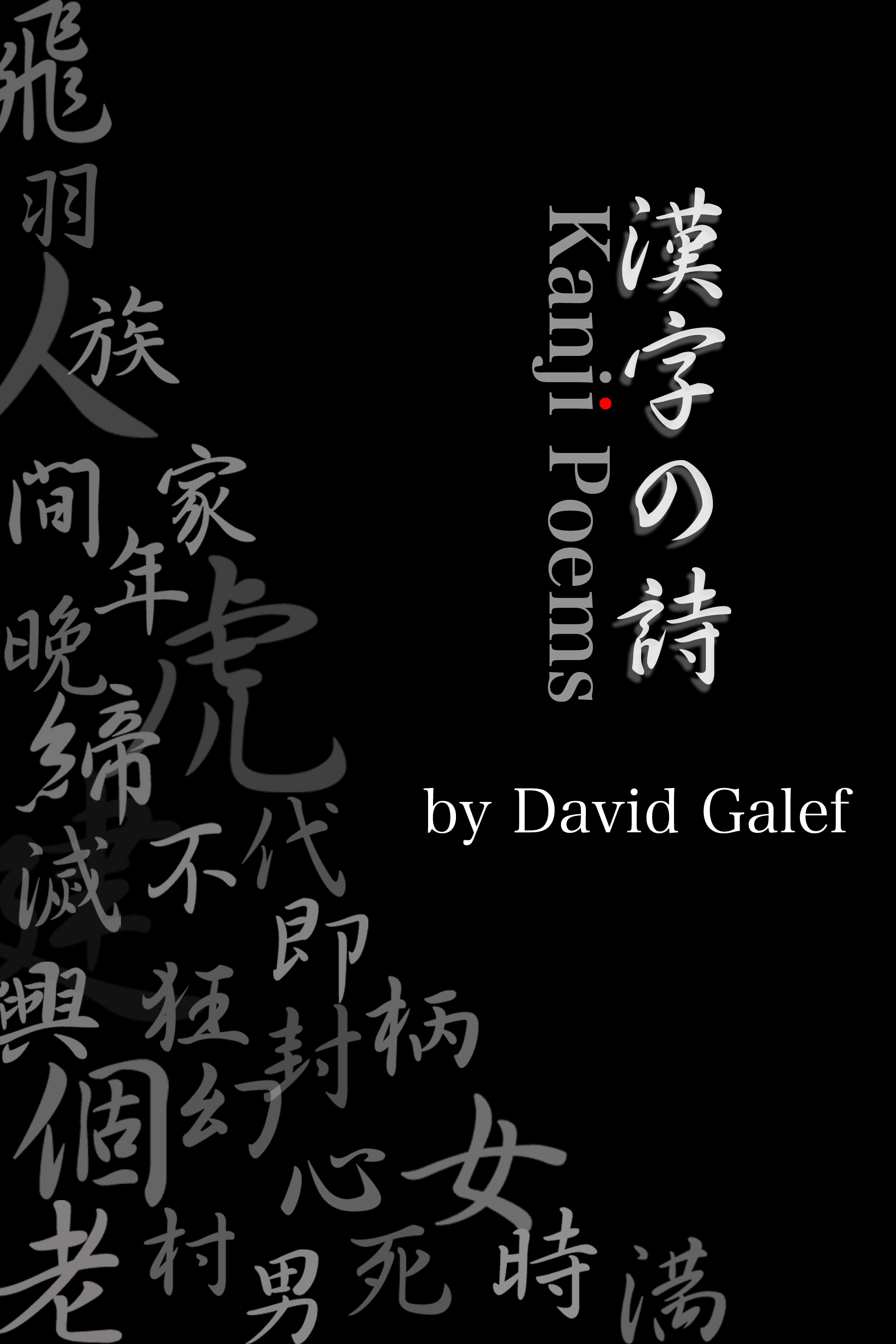 What links the heart, a wick, and a sense of duty; or religious austerities with a column of print? David Galef finds character in Japanese characters, and narrative in the bridges between their definitions. The short pieces in Kanji Poems take us on a journey to a Japan of many times and places.

"These economical and self-contained poems, which begin as improvisatory riffs on Nelson's Japanese-English Character Dictionary, morph into something stranger, at once exotic and disquietingly familiar. 'I am on the verge of becoming/something else: a pocket flap,/a straw curtain in the wind.' Kanji Poems is an unforgettable, wholly original collection."-Rachel Hadas

"Frank and honest, these lovely poems draw from a character dictionary to share how human experience is revealed both in narrative and the material of language."-Judy Halebsky

"David Galef's Kanji Poems is a delightful playground of surprises. Each poem begins with a kanji definition, and the various, often contradictory meanings give rise to image-rich, word-chewy, corner-turning poems. Kanji 4105, for example, is a character with the meanings 'tiger; drunkard.' The two confront each other in Galef's nimble mind, birthing a poem that concludes, 'As they pad along / the street, one of them growls.' These are wise, sly, inventive, very funny poems."-Beth Ann Fennelly