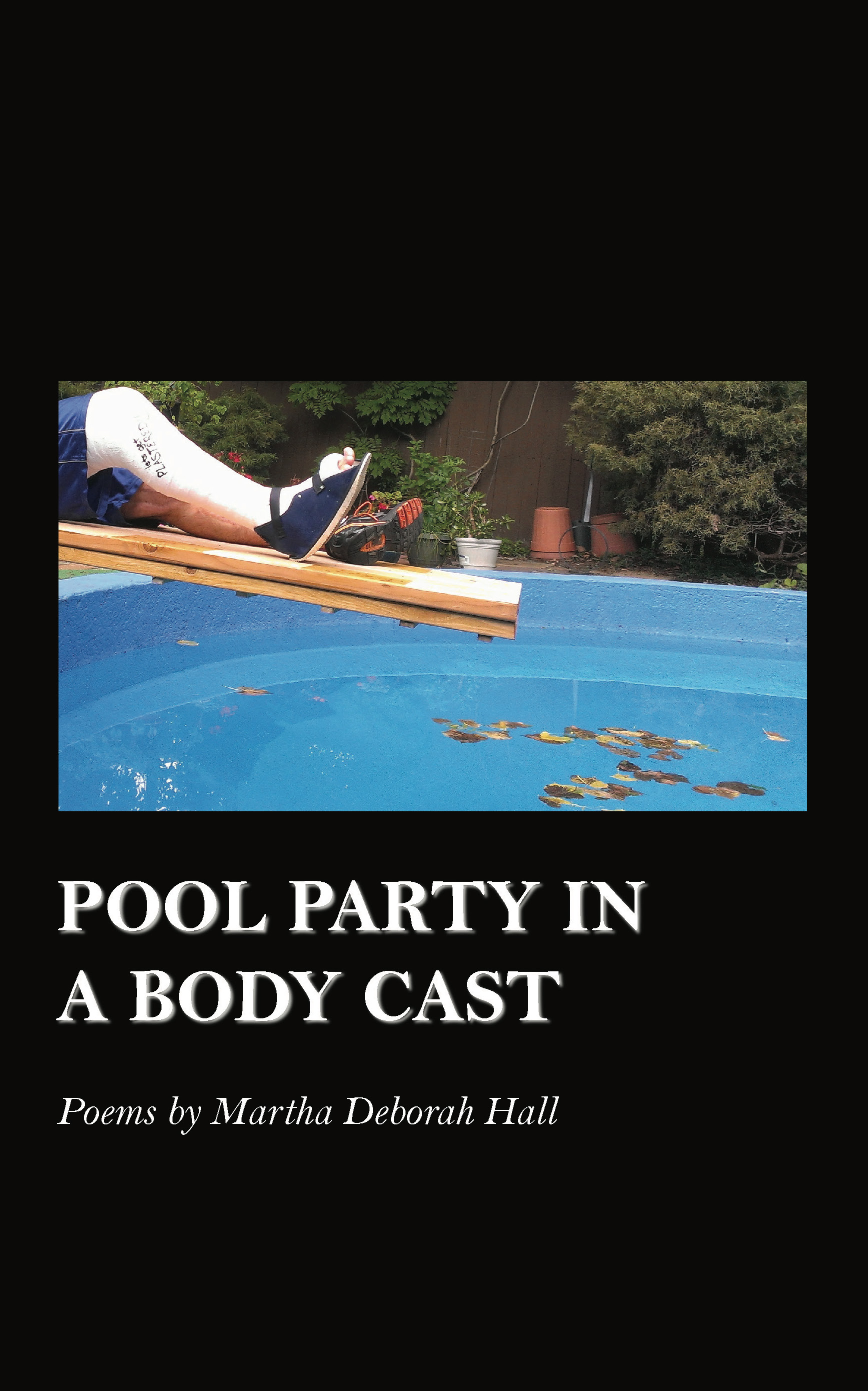 The pungent poems of Pool Party in a Body Cast by Martha Deborah Hall reflect the poet's wit, keen eye, and bracing humor.

"Fresh as a daisy or a cheeky remark-Martha Deborah Hall is both. Her images are whimsical yet full of wisdom, irreverent yet go straight to the heart of the essentially human. Each poem, each line is juicy with thought provoking phrases. About neighbors she writes, 'We both use a hair dryer to dust' and 'They zoomed me out of my dark room.' Martha touches on her daily life while honestly revealing her inner pain, anger, transgressions and longing for transformation-for herself and for the world. She invites readers into her poetry and offers them a doorway to contemplate their own journeys."-Sherry Jennings