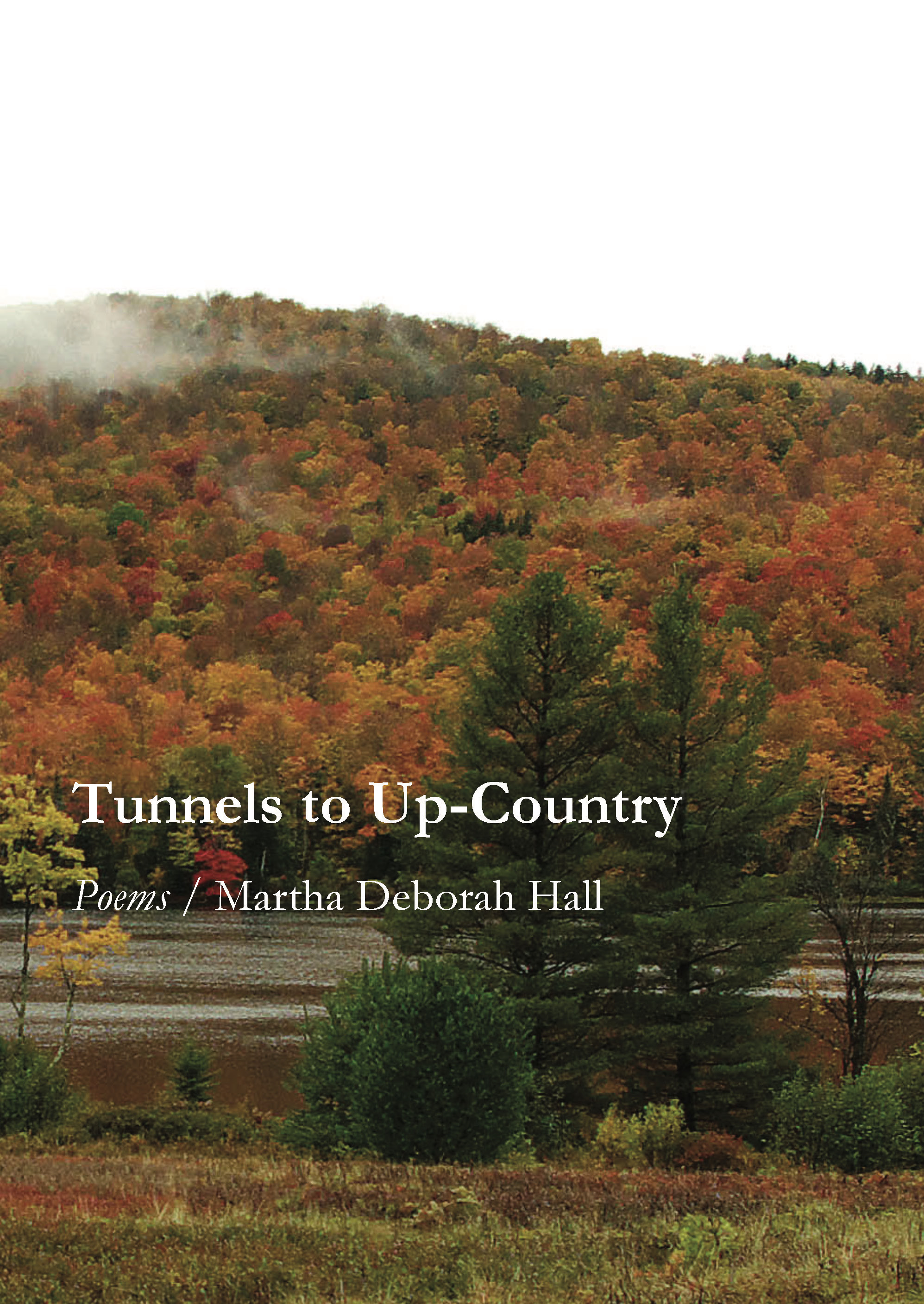 Martha Deborah Hall's poems tunnel into the heart's upper country, the hidden place where repose may be found and all is felt and revealed.

Martha Deborah Hall's poems appear in numerous national journals including, Bellowing Ark, Common Ground Review, Las Cruces, Old Red Kimono, Tale Spinners, Tapestries, The Poet's Touchstone and Watch the Eye. She is the winner of the 2005 John and Miriam Morris Chapbook contest for her collection Abandoned Gardens. The Garbo Reels chapbook was published by Pudding House Press. Hall was a semi-finalist in the 2007 Concrete Wolf Chapbook contest and a semi-finalist in the 2010 Kathryn A. Morton Prize in Poetry presented by Sarabande Books and one of five finalists in the Vernice Quebodeaux 'Pathways" 2010 Poetry Prize. Plain View Press published three books, Two Grains in Time and My Side of the Street in 2009 and Inside Out, published and nominated for a Pushcart Award in 2011. In 2012 D-N Publishing published White Out, Hall's book on suicide and drugs. Hall's fifth book, Heading Toward Silver Dust has been published in 2012 by Plain View Press. Her book, The Closing. The Opening was a semi-finalist in the 2012 Word Works Washington Prize and was recently published by Word Tech Communications. Published by Word Tech Communications in 2016 and 2017 are Hall's books New Haven andBefore the Ink is Dry. Midnights in My Mending Room, The Undertows of Anger, and Tunnels to Up-Country are also published by WordTech. In October, 2013, Finishing Line Press published Hall's chapbook titled Mooring Lines. Also, in 2013 Plain View Press published Hall's book titled, The Weight of Light, and in 2014 published the full-length book, Stalked in Connecticut. Hall was honored by the New Hampshire Poet Laureate to be one of NH's featured poets. She was a member of the Manchester New Hampshire Poets Unbound group. She is a member of the Academy of American Poets and The Poetry Society of New Hampshire and the Monadnock Writer's Group. She is a past President of the Amherst Junior Women's Club, was the Amherst Chairman for Ronald Reagan's bid for the presidency and was Communications Director for Alexander Haig when he ran for President. Hall holds degrees from Ohio Wesleyan University (Class of 1963) and Columbia University (Class of 1967) and is presently a Realtor with Coldwell Banker in Amherst, NH. Hall's books may be purchased through Barnes and Noble and the Toadstool Bookstores in NH and through her various Publishers.