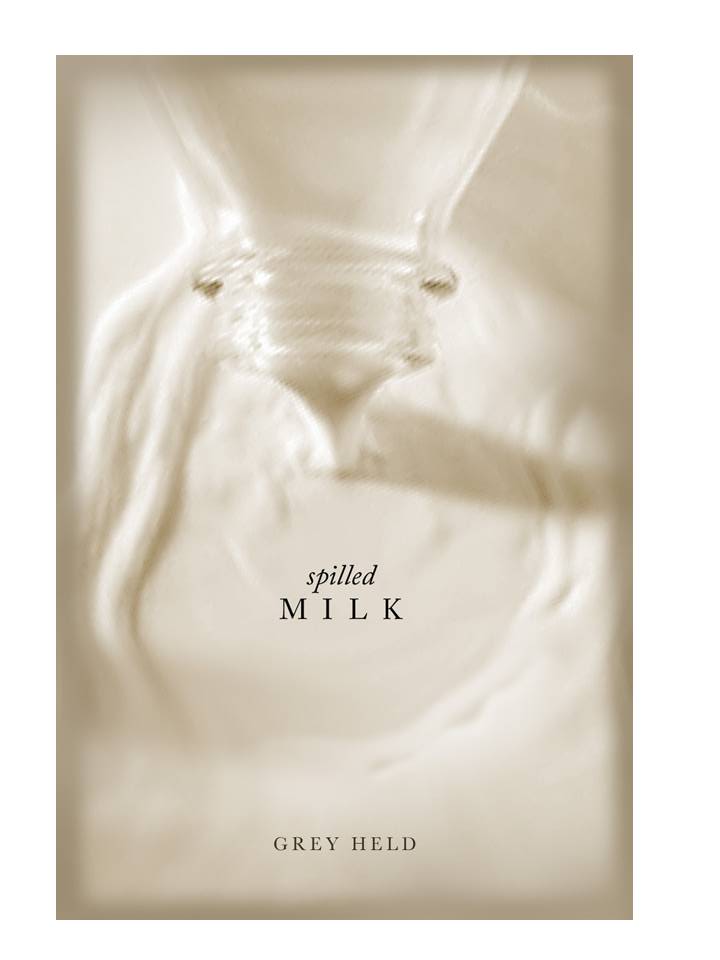 If home is where the heart is, then the poems of Grey Held's Spilled Milk find home on every page; these poems are tender and careful in their craft and attention to family and domestic life.

"It's difficult to think of a male poet who focuses so completely and perceptively on domestic life as Grey Held does in his aptly titled second book, Spilled Milk. First as father, then as husband, Held invites us into his home life, from which he draws carefully chosen details and anecdotes that create an emotionally complex and deeply moving account of the vicissitudes of marriage and family." -Martha Collins

"In these clear, precise poems, Grey Held explores father/son/family relationships in language notable for its humility and grace. His domesticity is an invitation to meditate on the elegant mysteries of the garden, and of mature love. In an age overwrought with 'experimental language' and high abstraction, he brings us a poetic of the heart and hearth and inviting humility, for which I am deeply grateful." -Sam Hamill

Grey Held holds a BS from the Massachusetts Institute of Technology and an MFA from Temple University. He is a recipient of a National Endowment for the Arts Fellowship in Creative Writing and has been nominated for a Pushcart Prize. His first book, Two-Star General, was published by Brick Road Poetry Press. He has been a lecturer in art and design at Ohio State University, computer programmer, international marketing manager, research director, and is currently director of client services at a research firm in Cambridge, MA. He and his wife live in Newton, Massachusetts, where they have raised two sons.