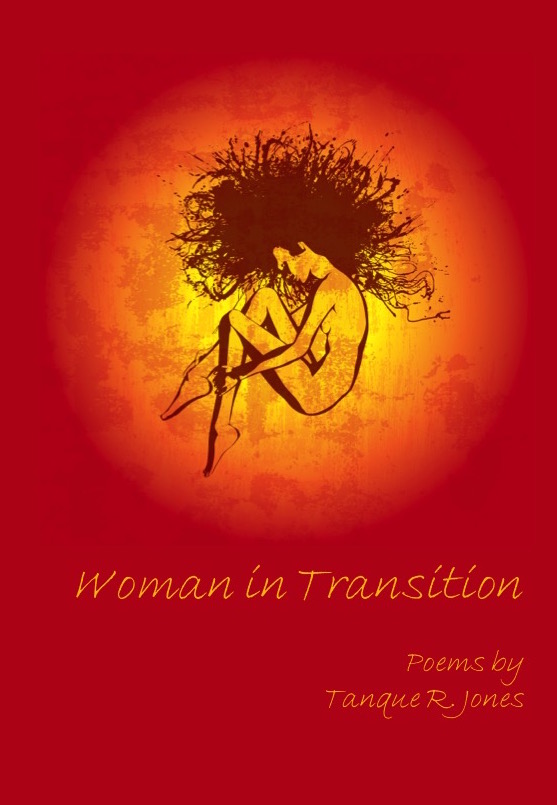 Woman in Transition contemplates the whole of life-the beauty as well as that which we would rather turn away from. Through personas, action and imagery, the poems capture the everyday and extraordinary events. Ultimately, the speakers of these poems want the reader to pause to think and feel.

"This collection offers the reader embodied language, not the dry bones of academia, but the sensual language of life fully imagined and fully lived. Each poem is daring, daring us to be braver, too, to speak the truth of our dreams and inner lives. Every poem is a whisper and a shout, reminding us that poets must break silences in order to make a difference with their songs. These poems offer intimate language that is also public language, a view of first kisses and imagined kisses, remnants of slave chains and freedom of imagination. 'Cutting Grass in E. Knoxville' unspools long lines that 'take the measure' of the poet's life and of ours, our collective history-move over, Walt Whitman! 'The Day King Died' embraces all of us in a moment, a dynamic, musical, sacred space, one that will keep remembering long after most of us close our eyes."-Marilyn Kallet, The Love That Moves Me

"In the American South, the space against which Tanque R. Jones' new collection is set, mothers often dismiss any phantom ache children complain of as 'growing pains.' And these poems certainly reveal the mysterious agonies of transformation. As Jones relates, 'A girl will fashion a doll from anything / gather twigs for bones / and bind joint to joint with naked vines.' These poems are like dolls, small human effigies built of solid, durable lines bound together with the twine of a textured voice that possesses echoes of such masters as Lucille Clifton and Robert Hayden. As these poems are read, we see the exquisite body of the poet begin to form, joining 'at unlikely angles' the jagged edges of abuse, death, family betrayals, a love longed for and never realized, but in the end what holds the form together, what gives it the appearance of human shape, is the soundness of the poet's ability to transform pain into identity, longing into song."-Bradford Tice, What the Night Numbered

"'How much will it cost me / to summon fire?' Tanque R. Jones asks. It's a question she answers with poems whose subjects range from curses and scars to French kissing and fireflies. The poems in Woman in Transition are 'embers against midnight,' summoning wonder, loss, betrayal, and-yes-fire."-Erin Murphy, Ancilla