The Everything Saint, Poems by Judy Katz-Levine 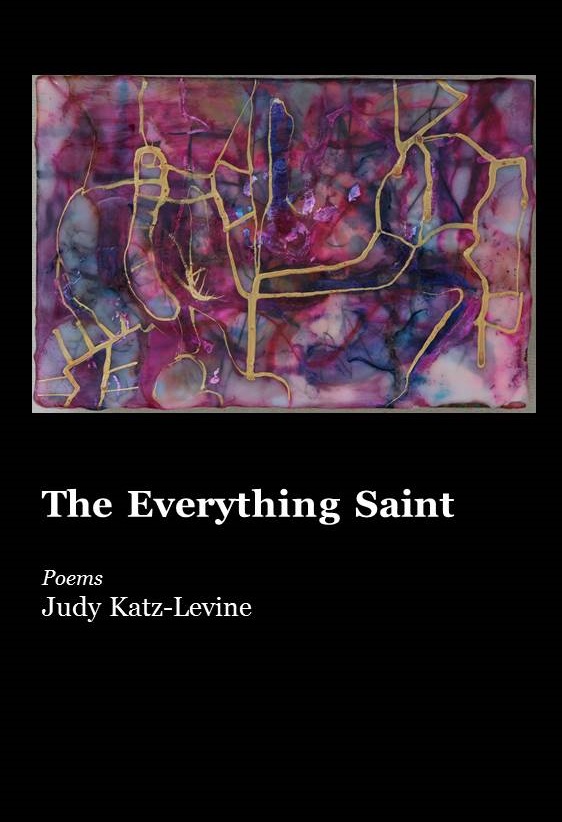 The Everything Saint shows us the holy in the ordinary, and Judy Katz-Levine is a faithful guide to such wonders.

"Judith Katz-Levine's collection The Everything Saint plumbs the sacred and the everyday, and the sacred in the everyday. 'Here, turn on this lamp,' she says in 'Afternoon Parable,' and, in 'Intention at Midnight,' 'Allow me a tea rose, a letter shining in the grass, a hand that sheds light as it repairs.' Her poems, shedding light on brokenness and loss, have a healing quality, showing us the wholeness of each moment. Dream visions dovetail with observations of the waking life to create new ways of seeing, new ways of knowing."-Jennifer Barber

"In this substantial volume of prose and verse poems, Judy Katz-Levine mixes the mystical with the real, and music is often the bridge between the two. In 'Poem in a Classic Mode,' she writes, 'Listening to a blues song-BB King/ His tune about a sweet little angel-/lying on the couch/repairing myself.' More than anything these poems are written in the spirit of restoration and preservation of self. Ecstatic states merge with slice of life scenes-or as the poet writes, 'breath of angels/hands of humans.' These poems represent a quest for emotional validation through laments, parables, dreams, and prayers, the seemingly disparate worlds grounded in family, in memories of childhood, adolescence, youth. Knowing the use of heeding wisdom gained, the truth of a mother's words-'There's no way out/just like being born is the way in/and no one remains unscathed in this life'- there is nevertheless a plea for mercy. 'Is weeping of the crabapple as it blossoms, not enough for G_d?' she asks. The voice of these poems finds solace-though fleeting at times- in knowing, 'I have been as loyal as a blade of grass under the barren apple tree.'"-Mary Bonina

"Dreams, visions, parables, voices rising in memory, visitations from the dead, the contours of the paths we walk on, the music we sometimes make as we travel, the joys, fears, and sorrows we meet, this is the world of The Everything Saint. It is a world in which much is hidden, yet much is also on the verge of revealing itself. In these poems, profound mystery calls out to us from the heart of existence. What is revealed are the surprising but abiding bonds of connection between and among us. These are what the poet calls the 'secret delights' of the hidden. As such, they mean everything, and they are holy."-Fred Marchant

Judy Katz-Levine was born in Newark, New Jersey, into a musical family. She graduated from Simmons College. Katz-Levine audited a course at M.I.T. with Denise Levertov, who was a great influence on her work. She has published two full-length collections of poetryWhen The Arms Of Our Dreams Embrace (SARU, 1991) and Ocarina (Tarsier/SARU, 2006). Her poems have appeared in The Sun, FENCE, Mother Jones, Salamander, The Plaza (Japan), Origin 2008, 96 Inc., Istanbul Literary Review, The Bitter Oleander, and myriad other magazines. She won a Massachusetts Cultural Council Grant in Poetry, and her poem "What I Didn't Know" was nominated for a Pushcart Prize.