The Closing, the Opening, Poems by Martha Deborah Hall 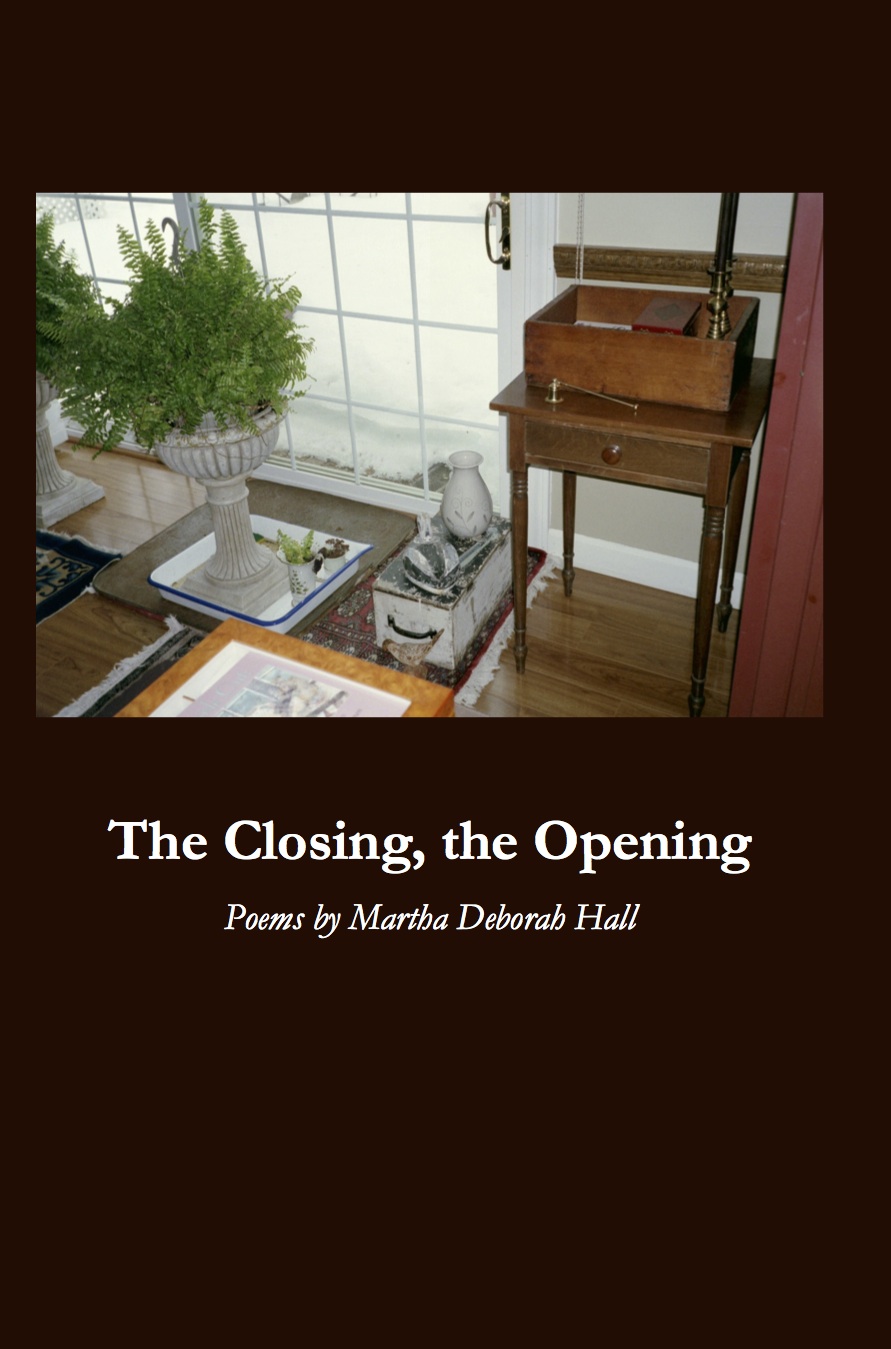 Formally brief, the poems of Martha Deborah Hall's The Closing, the Opening are expansive in their concerns.

Martha Deborah Halls new book The Closing, the Opening is powerful and provoking: Weave a thread into a robe, /a plank creates its barn. / A fire becomes the sun, / one word becomes the universe. The poet reveals the complexity of relationships and the choices we make, untended seeds may or may not grow / or grow askew, some towering, others /crowded out. In the end, the poet teaches the reader this valuable life lesson: Dare to sit sadness on an elbow. / Let lifes notes scale toward the skies.Leah Maines, Publisher, Finishing Line Press

In this stunning collection, Martha Deborah Hall limns out the losses and consolations of a long marriage that has ended. By turns elegy and praise song, she brings insights to this most personal of relationships that never fail to strike a universal vein. From her free verse with its freshly wrought images to her dazzling use of traditional forms, she explores the many stages of a marriage, beginning with its demise, then looking back to its early halcyon days, made all the more poignant by showing them to us through the crystalline lens of loss. The narrator stands at the intersection of the new life and the old, telling us, My mooring line is cleated; its twilight at the pier. / Adieu, my throbbing Atlanticall I ever held dear. A must-read!Kate Gleason, author of Measuring the Dark (selected by Phillis Levin as the winner of the First Book Award at Zone 3 Press)

Martha Deborah Hall takes us through the shining seasons and the somber ones of life, from top of the world days to adieu. With a spirit of Je ne regrette rien, her artful and heartfelt words connect us to the revered remembrances in all our lives, the closings and the openings. Honoring what was, what is, and what is to come, these poems speak of loves story and its dance with infinity.Ruslyn Vear, Amherst Town Library

Martha Deborah Halls poems appear in numerous national journals including, Bellowing Ark, Common Ground Review, Las Cruces, Old Red Kimono, Tale Spinners, Tapestries, The Poets Touchstone and Watch the Eye. She is the winner of the 2005 John and Miriam Morris Chapbook contest for her collection Abandoned Gardens. The Garbo Reels chapbook was published by Pudding House Press. Plain View Press published three books, Two Grains in Time and My Side of the Street in 2009 and Inside Out, published and nominated for a Pushcart Award in 2011. In 2012 D-N Publishing published White Out, Halls book on suicide and drugs. Halls fifth book, Heading Toward Silver Dust has been published in 2012 by Plain View Press. In October, 2013, Finishing Line Press published Halls chapbook titled Mooring Lines. Also, in 2013 Plain View Press published Halls book titled, The Weight of Light. Hall was honored by the New Hampshire Poet Laureate to be one of NHs featured poets. She is a member of the Manchester New Hampshire Poets Unbound group. She is a member of the Academy of American Poets and The Poetry Society of New Hampshire and the Monadnock Writers Group. She is a past President of the Amherst Junior Womens Club, was the Amherst Chairman for Ronald Reagans bid for the presidency and was Communications Director for Alexander Haig when he ran for President. Hall holds degrees from Ohio Wesleyan University (Class of 1963) and Columbia University (Class of 1967) and is presently a Realtor with Coldwell Banker in Amherst, NH. Halls books may be purchased through Borders, Barnes and Noble and the Toadstool Bookstores in NH and through her various publishers.