Waiting for the Light to Change, Poems by Bernadette McBride 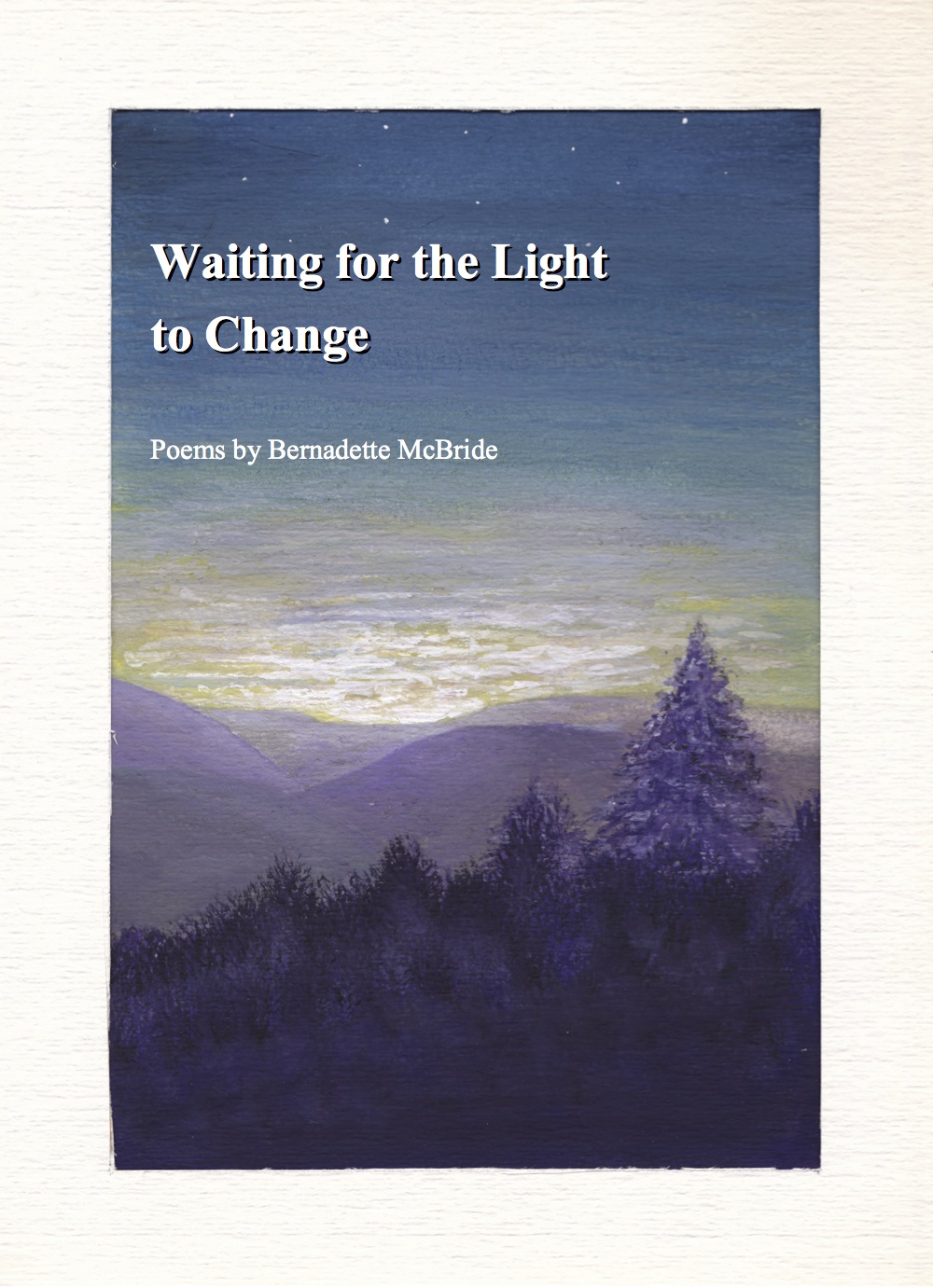 The palpable physicality of the poems, of experience in Bernadette McBride's Waiting for the Light to Change imbues that light with a quality that can be felt, almost touched, as well as seen.

"Bernadette McBride reminds us that the garden of this world is often desperate, but what I love most about her poems is their tightly calibrated lyricism and their stunning capacity for precisely captured insights cast in memorable imagery, poems that are spoken by memorable voices. The garden is desperate, but the lyric interiors of the characters who tend that garden calm and console us. This is the real beauty of her poems, this their truth."-George Drew

"In Bernadette McBride's new book-rich with Celtic queens and burly men in Wranglers, thrift store shoppers and nuns, sardine sandwiches and the scent of Camay - we keep coming back to paintings - Vermeer's, Van Gogh's, Velazquez's, Ilsted's, Charpentier's - in all of which the light teaches us to look at what we realize we've never quite seen in the same way before. That's what poems at their best often do. After reading Waiting for the Light to Change, we find ourselves doing more than just using our eyes. We are being instructed in the possibilities of sight, and our minds are enlarged and our souls nourished. If you want poetry that renews your spirit and feeds your eye, open this book to any page and read."-Christopher Bursk

"The poems in Bernadette McBride's Waiting for the Light to Change examine the whole broad spectrum of a lived life from the quotidian to the sublime, finding the fantastical in a garbage truck and the humbly human in masterpieces by Van Gogh and Sargent, Kahlo and Vermeer. Fully rooted in the 'desperate garden' of the world, these poems grow toward-and often achieve-true beauty."-April Lindner

Poet Bernadette McBride is also an award-winning artist whose written and visual work has appeared in numerous journals, anthologies, and other print venues across the United States. A former poet laureate of Bucks County, Pennsylvania, she has been honored as a Pushcart Prize nominee, both a finalist and runner-up for the Robert Fraser Prize for Poetry, and as second-place winner of the international Ray Bradbury Writing Award. An adjunct English professor, she has taught writing and literature at colleges in Pennsylvania and New Jersey, including poetry and fiction writing at Temple University. She also conducts creative writing workshops in poetry and fiction writing and on the intersection of writing and visual art in various programs throughout Bucks County. She is director of the monthly poetry reading series at Farley's, an independent bookshop in New Hope, PA, as well as editor of the bi-annual anthology of Farley's poets.