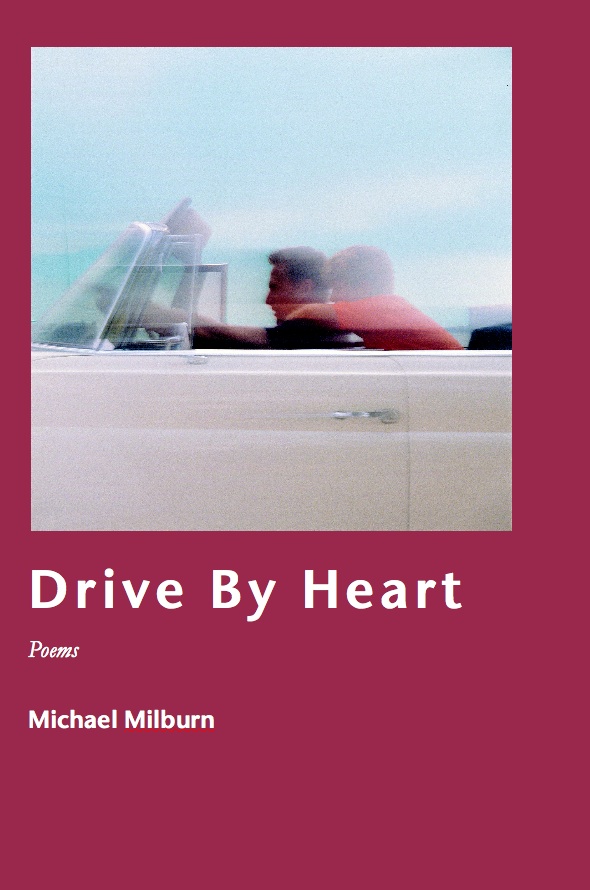 The melancholy poems of Michael Milburn’s Drive By Heart touch on grief, on memory, on life that could have been and life that is longed for: and they touch on the life that is, fleeting and precious, “such grounds for joy.”

This is a book of anguish and elation. The anguish arises out of the struggles of family life. The poems begin in the aftermath of a divorce, the day after the war, so to speak, has ended, and the rest of life must begin again. There is a love to be mourned, a child to raise, parents to help as they age and falter. But in their exquisitely calibrated images of loss and estrangement, these poems start to glimmer with self-discovery, newly forged relations, and the elation of a hard-earned, reliable hope.  This is a book about the restoration of the capacity to be open-armed, open-eyed, and open-hearted.Fred Marchant, author of Full Moon Boat

Reading Michael Milburns poems, Im reminded of Lowells autobiographical work, shocking yet becalmed with language. The narrative, with its varying portions of irony and gentle decency, veers through a life lived privately as father and son, teacher, lover, and friend. Unhesitant, the poetry drives through the world of disappointment and deeply felt experience with breathtaking accuracy.Frances Brent, author of The Beautiful Lesson of the I

Michael Milburn teaches high school English in New Haven, Connecticut. He previously taught writing at Syracuse University and at Yale. His first book of poems, Such Silence, won the Alabama Poetry Award and was published by the University of Alabama Press in 1989. His book of essays, Odd Man In, won the First Series Award in Creative Nonfiction and was published by Mid-List Press in 2004.