Carpe Something, Poems by Michael Milburn 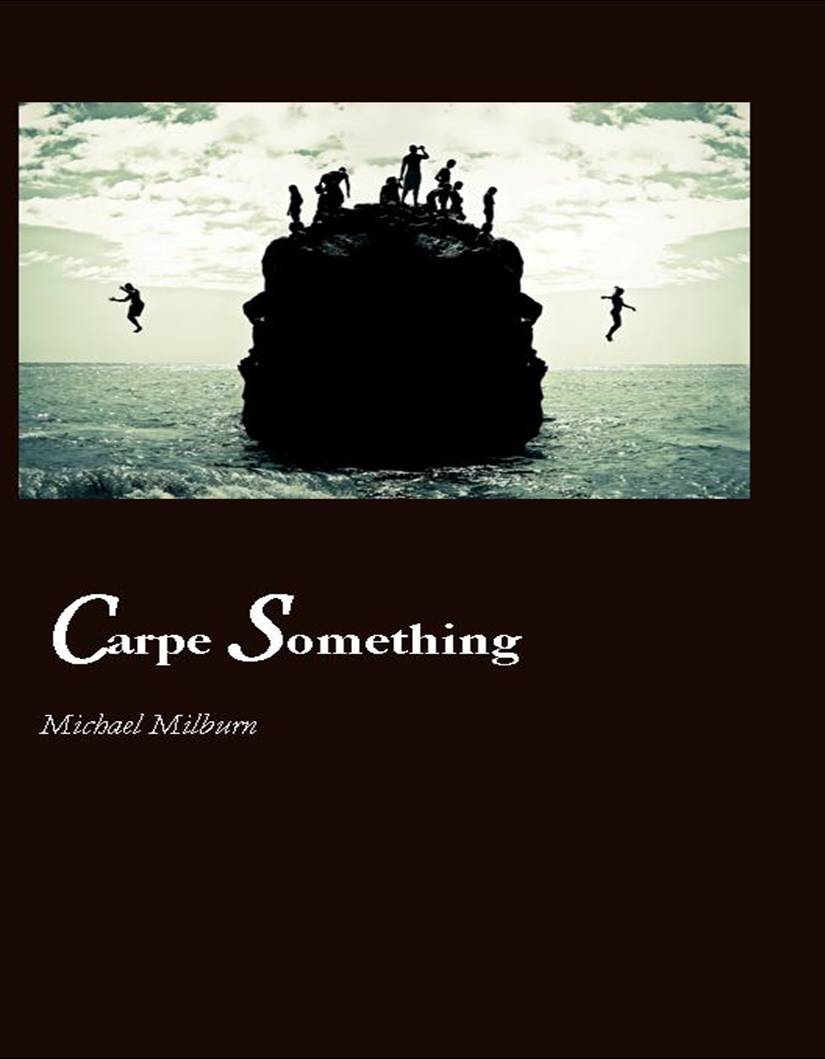 The poems in Michael Milburn's Carpe Something seize the day, sieze each moment, in a fierce and loving embrace.

"Carpe Something, masterful in line, language and craft, might be titled Carpe Verum. With 'the clarified sun' of Michael Milburn's vision and courage, the reader, whether current or lapsed in the arts of introspection and reflection, is reminded that it is as rare to seize the truth as the day, and the companionship of a poet as skilled as Milburn is in the former is perhaps the best 'something' out there."--Trish Reeves

"With an uncanny patience, Michael Milburn's short lines do not feel terse or hurried or frantic as they explore every degree of feeling between intimacy and estrangement. These poems kindly explore the foibles of romance and pride. In so doing, they re-imbue our American affluence with a sense of adult wonder and hope because the poems continually plumb the secret radical spring of compassion. This book rejuvenates the heart by keeping a close eye on the transience of love and life. Don't deprive yourself the pleasure of reading Carpe Something. The title is not flip. Read this book today. It seizes the amplitude of time."-- Richard Lyons

Michael Milburn teaches high school English in New Haven, Connecticut. He previously taught writing at Syracuse University and at Yale. His first book of poems, Such Silence, won the Alabama Poetry Award and was published by the University of Alabama Press in 1989. His second book, Drive-By Heart, appeared in 2009. His book of essays, Odd Man In, won the First Series Award in Creative Nonfiction and was published by Mid-List Press in 2004.