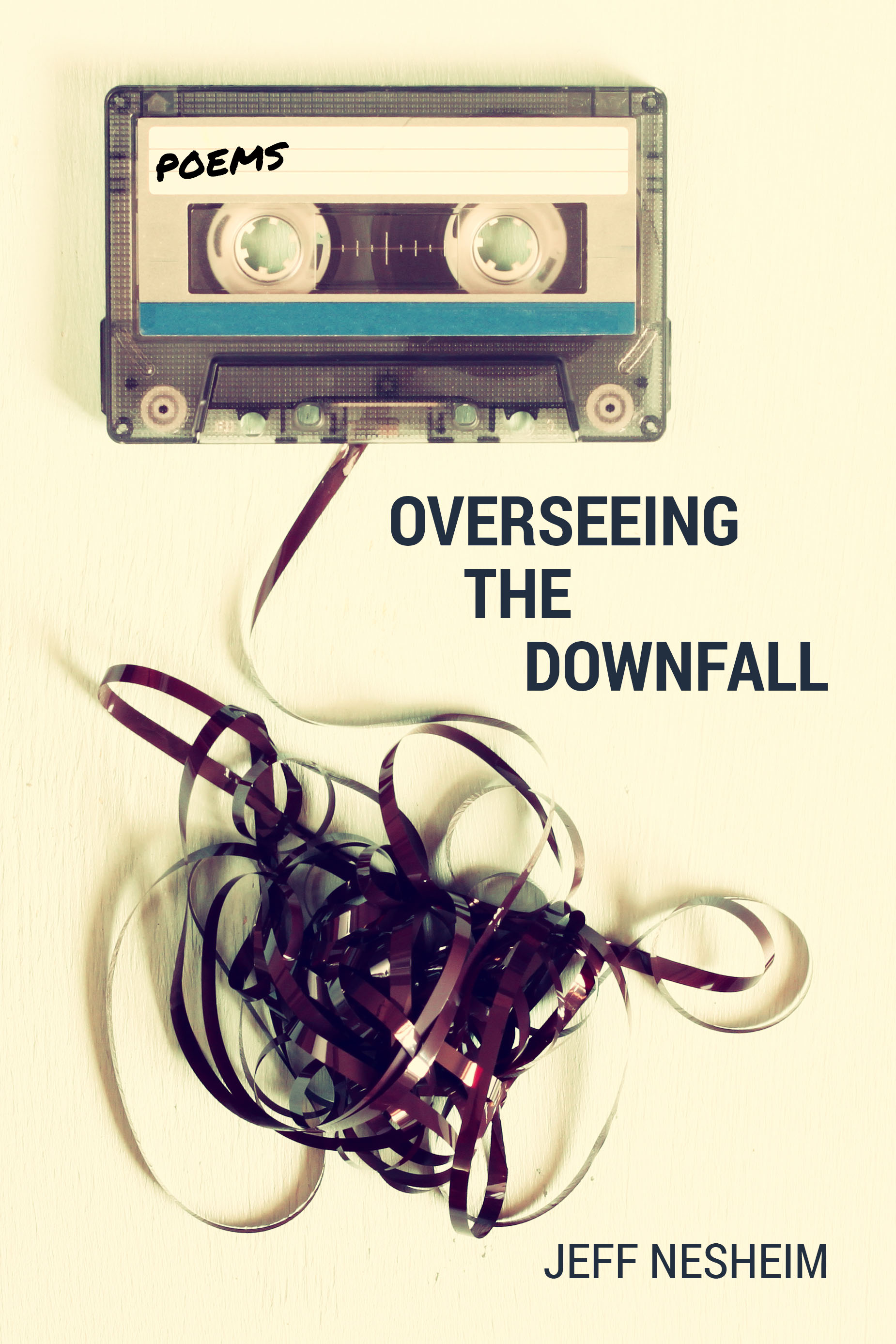 Generation X has come into middle age and loved, lost, lived, worked, left, broken and built. Jeff Nesheim's Overseeing the Downfall is a collection of Midwestern poems about work and family in the digital age, and a certain generational anticlimax. And music. A soundtrack straddling our cultural inflection point, it comes complete with suggested drink pairings and playlists to accompany the poems.

"Overseeing the Downfall is an elegy for a forgotten generation: us one-time latch-key kids raised on the radio and now fighting the urge to keep sleepwalking through whatever fresh hell Silicon Valley or Wall Street tries to sell us next. Nesheim makes of that nostalgic ache and angst a music - often orbiting other music and indexing forebears along the way: George Harrison and Bob Dylan; 10,000 Maniacs; Ms. Pacman; Kris Kristofferson, William Carlos Williams, and Philip Levine. It's rooted in the language that we use in board rooms, checkout aisles, status updates, at our stand-up desks. It's poetry of the various heartlands, formed from the raw material of a life lived quietly, desperately to other people's lyrics. What better swan song than that for the so-called X generation, that motley crew of us that even Douglas Coupland himself has disavowed?" -TJ Beitelman

"You know when you find love in stuff? Not just the stuff in the living room or the closet. Not just the record player or the record or the handle of the front door, but also in the holding of the front door for the person behind you. That love. Well, Nesheim's Overseeing the Downfall is that stuff and, in kind, that love. It is the door that is open and it is the walking through that door. These poems are about making things and the love of doing so, whether that might be the man who is the paycheck to his family or the man who lives in a flat land of 'sanctuary and sentence.' God, these poems are the stuff of rock n roll and prayer and the open road. Hold them. Eat and sleep and laugh with them. Walk through the door with them and you will feel something new in your arms come alive." -Matthew Lippman

"These are poems of stark wonder. They marvel through landscapes of labor and data, of family and Midwestern effluvia. With equal parts pang and panache, Nesheim speaks tenderly of the moments that wink in the weariness of working life. Overseeing the Downfall's great bravery is in its staring down the road until all the clutter and rubble seems at once more ordinary and 'moonstruck / along the rolling highway.'" -Zach Savich