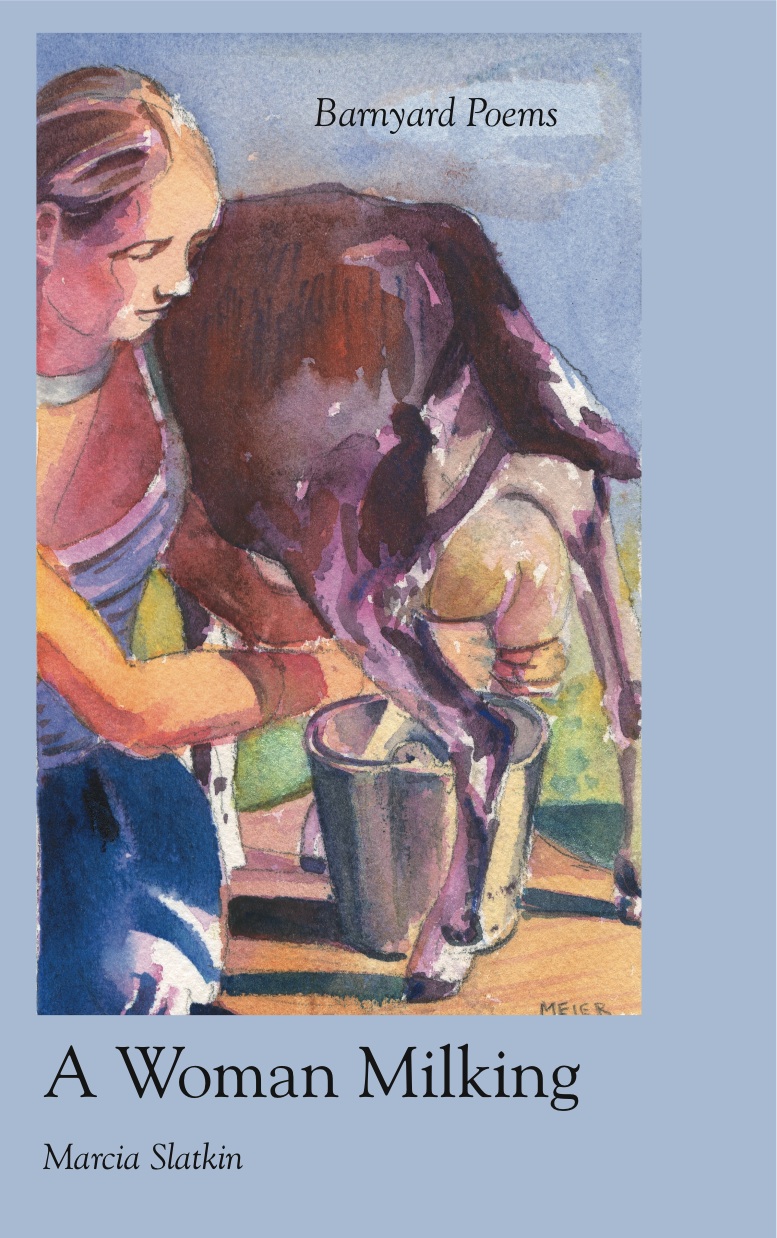 The poems in Marcia Slatkin's A Woman Milking speak of hard physical work, a deep connection to animals and an intimate appreciation of the rhythms of life. Slatkin's poems, spare and unsentimental, bring the ancient cycle of creature and season into fresh, contemporary relief.

"Slatkin's poems, eloquent depictions of the human-animal dynamic, remind us of our own desires, fears, and mortality. Each poems is a serious and significant vignette--revelatory moments cultivated by the poet's empathy and imagination."--Mindy Kronenberg, Editor, BookMark Quarterly Review; Author, Dismantling the Playground.

"These poems evoke emotions ranging from devastating pathos to unexpectedly buoyant humor. The rhythms of the tests easily lend themselves to musical expression and it was a joy for me to set six of them to music."--Marga Richter, Composer, QHANRI: Tibbetan Variations for cello and piano.

"Marcia Slatkin sees life as a parade of small miracles. With skill, she maintains a sense of wonder both at moments large and small. So she celebrates the child in all of us."--Dan Moran, Poet, Looking for the Uncertain Past; Poet Laureate Suffolk County.

"Using fresh, invigorating language, these poems are unsentimental but full of feeling, pictorial as well as highly textured, the voice fearless, but compassionate. Slatkin is sustained by her barnyard, yet is not afraid to take us with her as she sustains the animals through their own passages: birthing and loss, the fierce coupling of buck and doe, the sad atrophy of old age, the painful ambivalence of slaughter, and, yes, the indignity of being eaten."--Myriam Chapman, Author, Why She Married Him.

Former English teacher and backyard farmer, Marcia Slatkin now plays cello, takes photographs, and writes. I Kidnap My Mother, Alzheimer Poems (Finishing Line Press, 2005), depicts a care-giving relationship illuminated by forgiveness and humor. A Season's Milking (2003) is the chapbook out of which the present volume grew. Her fiction won two PEN awards and has been published in small magazines. Sixteen of her one-act plays have been produced in small New York venues, and her full length screenplay, Machete, survived first cut in the Sundance Film contest, 2004. Children grown, she lives in Shoreham, Long Island, with the mother she "kidnapped" and her partner, Dan. Her website can be found at www.marciaslatkin.com.