What Focus Is, Poems by Matthew J. Spireng 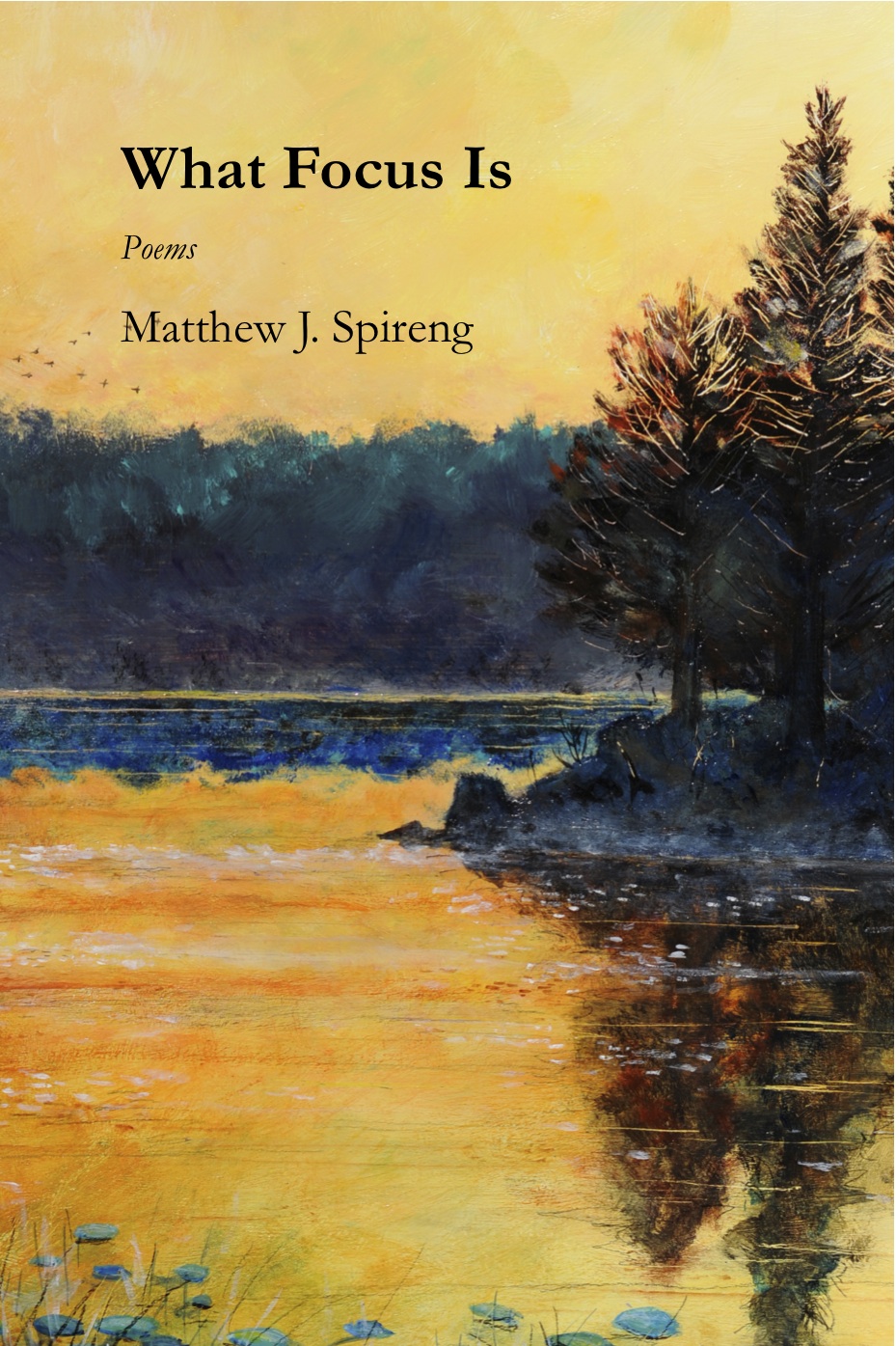 The poems of Matthew J. Spireng's What Focus Is swoop and dive like a bird of prey, embodying broad vistas and pinpoint precision in their sharply-crafted lines.

“This new collection of poems continues the project that Matthew Spireng has been pursuing for the past four decades—the making of well-crafted poems that reveal the poetry in the events of every day, those apparently ordinary moments when we do and see ourselves and the world around us with extraordinary clarity. Every page of this book contains such moments, crystalized into gems of recognition, surprise, laughter, deep feeling and true understanding, and each page compels the reader to turn to the next page eagerly to see what’s next.”—R. H. W. Dillard

“Poems about poets and poetry readings that are central to What Focus Is glow, shift and blaze as Matthew Spireng’s impressive collection yields a poet’s history that surges with a passion for being, for a life lived fully. The title poem provides the theme that unifies this powerful collection as Spireng describes a bald eagle who swoops down focused on the beauty it sees—‘the hare in a field.’ Throughout the collection Spireng does not look away from the world, from the terror of the rabbit or from the ravishing beauty of the eagle. Like Spireng’s observation about Stanley Kunitz’s hands, these poems create ‘joy itself in the instant act of moving.’”—Vivian Shipley

“This unusually unified and mature collection reveals a convergence of the indoors and the outdoors, as the poet goes between self-conscious awareness of the literary world and his place in it, and the world of birds and streams, in which he is in some ways more at ease, if not quite at home. There is wit here, even humor, but the overriding effect is deeply moving. This is Spireng’s finest work.”—Henry Taylor