Every State Has Its Own Light, Poems by Sandra Storey 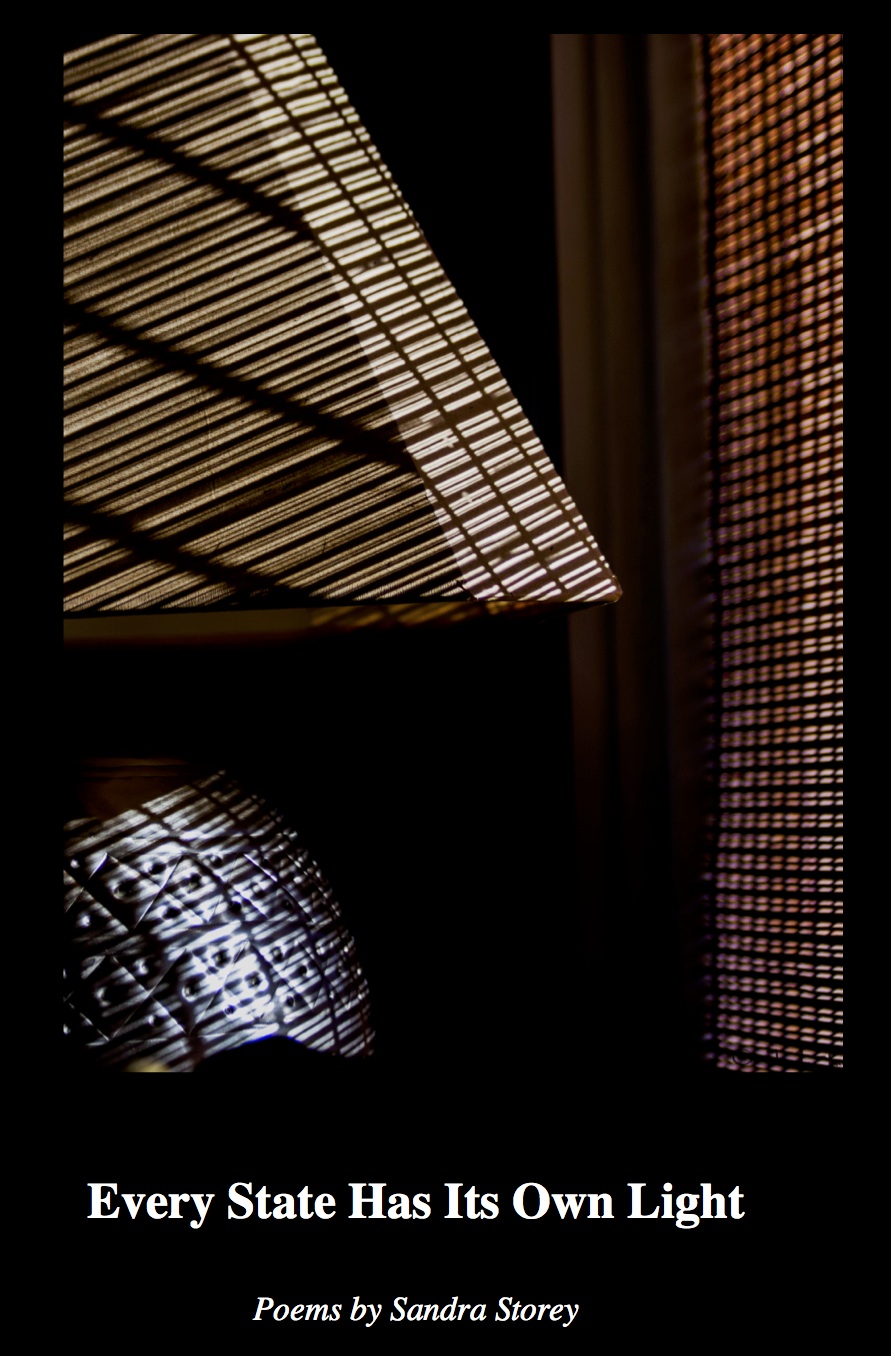 Every State Has Its Own Light explores a range of states--geographic, physical and mental. Light sources and their effects are near and far: a star, a lightning bolt, a traffic signal, a button on a printer, bombing, sunrise, the bare bulb on a hotel room ceiling. Sandra Storey's collection takes readers on an illuminated journey from amazement through mourning to celebration.

Every State Has Its Own Light was a finalist for the May Swenson Poetry Award.

"Sandra Storey's new book, Every State Has Its Own Light, is visceral, unflinching, generous, lively, and funny. Storey is too down-to-earth not to embrace the paradoxical--one section is called the 'The Grasp of Letting Go'--and the impossible--one poem begins, 'My sister burned her draft card.' Here is a poet committed to all the possibilities of the imagination."--John M. Anderson

"This book is a magic show of sight, sound, and subtle intellection that 'cups the sweet rabbits/fresh from the hat.' You'll find here poems suffused with the joy of living, spoken by a mature voice that draws attention to the world instead of to itself. Storey's poems are filled with subtle word play and often startling images that verge on the surreal, as if gravity pulled sideways. No pushover, this poet. Storey confronts her world head on, but she's not afraid to also show us another side, one that is tenderly attentive, treating '...everything I hold/as if it might break.' Every State Has Its Own Light is a radiant collection of poems. Open it and you will come under its spell. --Mark Pawlak

"In Every State Has its Own Light Sandra Storey includes a poem called 'Love Song for the Planet.' But that, in fact, is really what the entire collection is, with its minutely observed details of tides created by 'the moon's longing for an ocean,' scraps snipped away to shape a paper cut silhouette, the glorious and flawed universe she sees around her. Storey watches the world's magic show with rapt attention and deep tenderness, reminding us, 'love-love-love....forgive, forgive/forgive.'" --Ellen Steinbaum